The following information was first published by Bluesource on April 11, 2022 prior to the launch of Anew.

The material expansion reflects high interest and grower enrollment during the initial phase of the partnership, leveraging the CarbonNOW carbon farming program. This program incentivizes regenerative agriculture practices that maximize soil health and the soil’s carbon sequestration capacity. Bluesource expects grower enrollment in this expanded program to take place throughout 2022, to start generating credits for the 2023 growing season. The expansion is expected to ramp-up to generate on average over 2 million carbon offset credits per annum, which will be available for sale in the voluntary carbon marketplace.

This program has received rapid interest based on key differentiators from other carbon farming programs, including:

As high fuel and input prices continue to rise, the chance to maximize farm earnings is a selling point for farmers to join CarbonNOW. There are no costs involved in the carbon farming program other than the purchase of Locus AG’s soil health probiotics. Use of these products results in higher return on investment per acre through better fertility utilization and nutrient uptake, along with increases in crop yields, and improved carbon sequestration.

Father and son team Allen and Paul Schrag have been growing corn, rye, soybeans and wheat for decades on their farm in central Kansas. They were attracted to the CarbonNOW program’s generation of premium carbon credits.

“Once I found that with CarbonNOW I could qualify all my acres with a simple practice change of using Locus AG’s soil probiotics, I decided it was worth trying”, said Allen Schrag. “The partnership with Bluesource and their access to carbon credit buyers put the finishing touch on the program.” 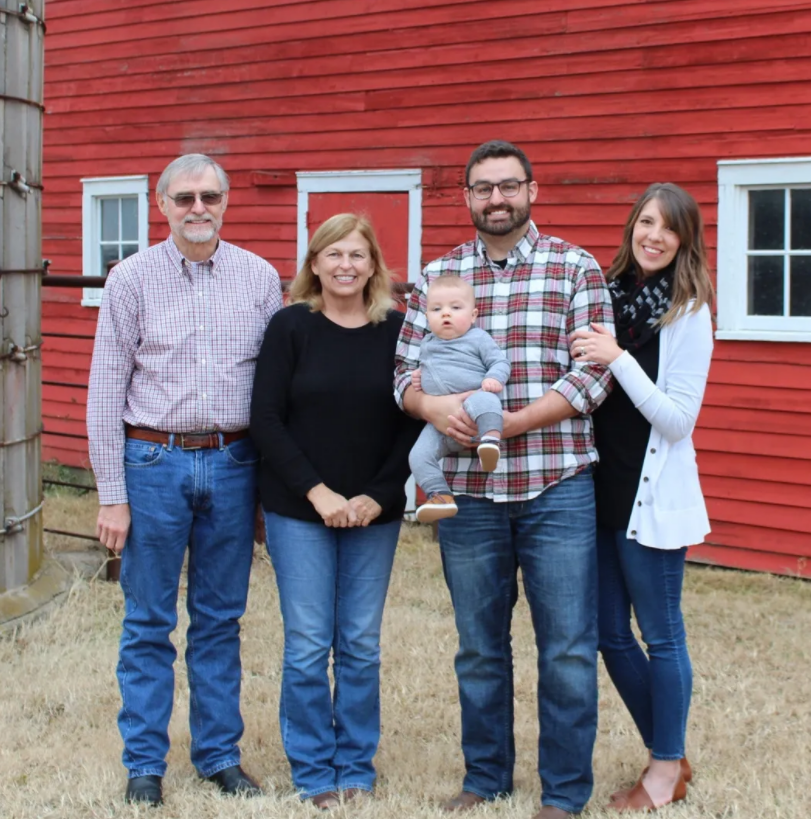 The Schrag family has been growing corn, rye, soybeans and wheat for decades on their farm in central Kansas. They are among the most recent group of farms to join the CarbonNOW carbon farming program to monetize their regenerative agriculture practices.

Jamie MacKinnon, Executive Vice President of Bluesource, stated: “The early success of this program is due in large part to well-designed incentives for growers and an alignment amongst the program partners on maximizing the value retained by the grower as a means of attracting more acres into the program and creating scale. It is also due to the considerable resource that Bluesource and Locus AG are deploying to onboard and support growers.”

Chad Pawlak, Chief Executive Officer of Locus AG, said:  “CarbonNOW provides unique economic, agronomic and environmental advantages that make it a highly attractive program for all parties. The financial incentives and high eligibility eliminate many farmer hesitations, while our carbon-accelerating soil health probiotics amplify farm and program performance. In the uncertainties of an ever-changing economy, we’ve built a carbon farming program that helps ensure a successful future for the agriculture industry and a lasting legacy for farmers.”

Alex Pernin, Chief Executive Officer of Star Royalties, commented: “We are thrilled to deepen our partnership with Bluesource and Locus AG in tackling climate change through regenerative agriculture practices. Just over four months have passed since we established this partnership and we are now more than quadrupling this investment in response to strong demand from U.S. farmers to participate in the CarbonNOW carbon farming program. Our teams are jointly passionate about financing a greener future. We are demonstrating the application of our royalty investment model as an innovative solution to financing the transition of U.S. farmers to regenerative agriculture, and in turn, to originating premium carbon offset credits. The expansion of the project reflects our first-mover advantage in a novel and highly scalable business model, and we look forward to continue funding significantly larger projects across the North American farming industry in the future.”

What is Regenerative Agriculture?

Regenerative agriculture is a wholesome conservation and rehabilitation approach to food and farming systems. The purpose of regenerative agriculture is to promote soil health regeneration and to rebuild soil organic matter while improving water management, reducing or eliminating nitrogen-based fertilizers, and increasing biodiversity. This can be done by implementing traditional practices such as no or low tillage and cover cropping, and accelerated through the use of soil probiotics. In addition to benefiting farmers and enhancing long-term soil health and crop performance, regenerative agriculture reverses climate change by sequestering significant additional amounts of atmospheric CO2 into soils than would have been released to the atmosphere by utilizing current farming practices. By accurately quantifying the amount of sequestered carbon into these farmlands, Bluesource is able to develop premium and verified carbon offset credits that are then sold to a variety of companies looking to voluntarily offset their CO2 emissions.

In February of 2022, Bluesource and Element Markets  announced a merger to form a combined entity under majority ownership by TPG Rise, a global impact investing platform managed by alternative asset firm TPG. The combination brings together Element Markets’ leading position in low carbon fuels and greenhouse gas markets with Bluesource’s expertise in nature-based solutions, project development, capital formation and advisory services to create a vertically integrated climate-focused company that serves all sectors and geographies to accelerate the fight against climate change and environmental degradation.

Director of Marketing and PR

Green Star Royalties Ltd. is a pure-green subsidiary of Star Royalties Ltd. (TSXV: STRR, OTCQX: STRFF). It was launched to create sustainable environmental solutions for a carbon neutral economy by funding premium, North American nature-based carbon offset projects and other cleantech investments. Green Star Royalties is proud to have established best-in-class partnerships in order to pursue a pipeline of cash flowing and near-cash flowing opportunities in both the compliance and voluntary carbon markets.